5th March, 2017. It was a beautiful Sunday. I woke up late as usual. Though next day I had Advanced Computer Architecture exam but I decided to take a look at some unfixed bugs in Atom and study for exam later in night. I was coding, building and testing in repeat for continuously 2 hour. But I don't know how it come to mind that "let's make it open source today".
I was thinking about making it open source from a long time. But was not fully convince to make it. why? From the very first day, I was fully committed to every piece of code. But things was not working that way anymore. I was still fully committed but hard to hold myself to see the big picture. I don't know if that was my failure and I was not capable of it from starting.
It still don't make sense why I open sourced, right? It is something which I never wanted it to discuss with anyone. I failed in interviews and many other things one-by-one. Story date back to 1st Aug, 2016. First Company which visited our Campus (NSIT) was Amazon for internship. I applied and qualified for face-to-face interview round. what happen next was something I never expected! I actually failed in interview! I failed to complete code on paper. And so I was rejected.
It was an evaluation time something which I always do after a major failure. where I went wrong? Guess what. It isn't difficult to answer this question. I didn't prepare for interviews (during summer vacation) I was doing GSoC and rest of time contributing to Atom. I am not really giving any excuse. Things don't come easy You always have to work for it! I didn't sit for any other campus interview because I didn't had enough courage to face it again. Thanks to Manraj sir who tried his best to take me out of depression! I started preparing for interviews and applied in Directi (off campus). 5th October, 2016. I remember everything date-by-date time-by-time. 13.30 I had my first interview in Directi office. It went good. I completed code in 15 minutes (out of 40 minutes). In the last interview. I was able to find the optimal algorithm but failed to debug my code on time. Result? I was rejected in the interview! haha! what could be the excuse this time? I don't know. But I prepared hard for my next interview. I mean I seriously did. My third interview was with Google USA. I got a call for telephonic round. But despite of having great interviews I was still rejected. Feedback? None. This was something where I gave up. I really did well in interview. I remember my last interview It was a guy from Google HQ working in search engine team. He asked one question I answered two! and he was like "oh! you just answered my next question" and indeed we completed interview before time and discussed some other stuffs in last 10 minutes. I don't know where I failed? My grades? Probably. when you face a failure you count every negative thing.

why? I didn't had enough belief in myself that I can pull it anymore. But something else happened that day. It went trending. woah! I was not expecting that :') I was not enjoying the fame I was building up my confidence. oh! I am really sorry for spamming on Facebook I know it was childish.

People were discussing about Atom. They were amazed to see the code base. Reddit. 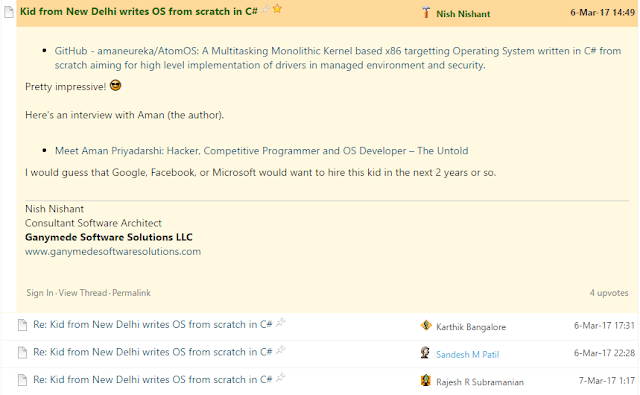 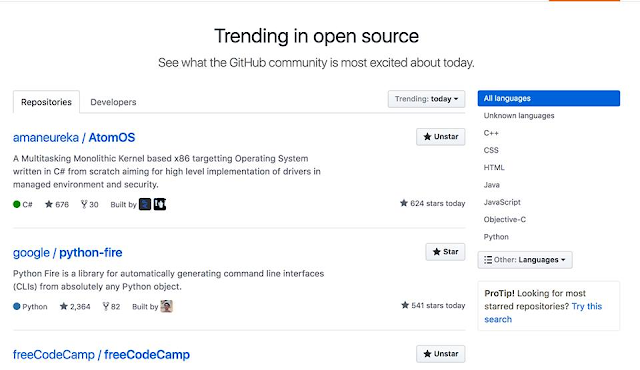 Hey Google, you rejected me na? 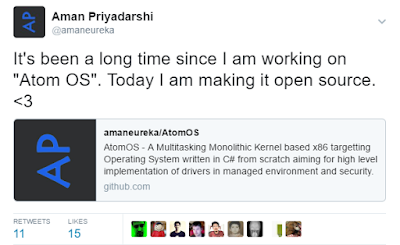 I got new ideas for Atom from some amazing people. I have new motivation now. don't know where will it go from here. But I am again committed to it!

Thanks
Posted by amaneureka at 18:21